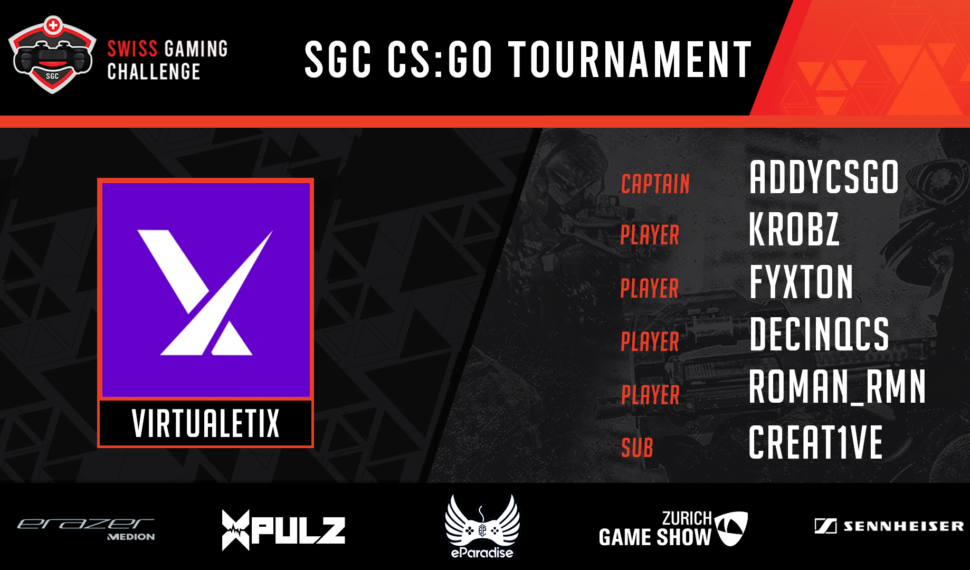 The 12 best teams of Switzerland have been invited to the Swiss Gaming Challange 2019.

Virtualetix could secure its spot as the 12th unknown team was revealed.

The challenge will start today September 1st with a swiss system group stage. The teams will compete in single elimination mode against each other in groups of three. 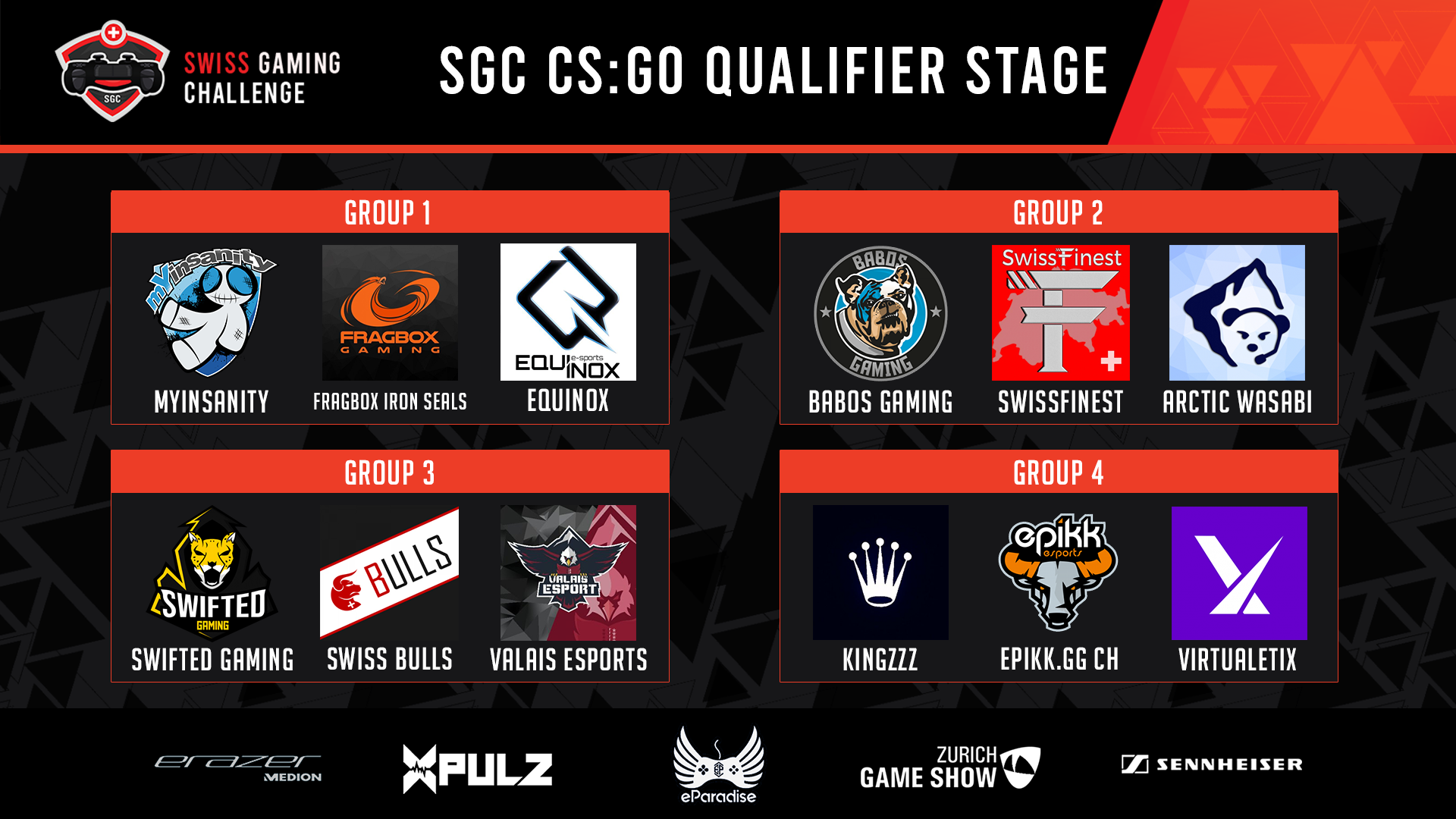 The winning team of each group will advance to the semi-finals to play offline on September 8th at the e-paradise in Zurich.

At Zurich Game Show on the weekend after the two best teams standing will then compete in BO3 format for the final prize of CHF 5’000.-.

In virtualetix‘ group the CS:GO will have to proof itself against epikk esports switzerland and kingzzz.

Wish them good luck and have fun. 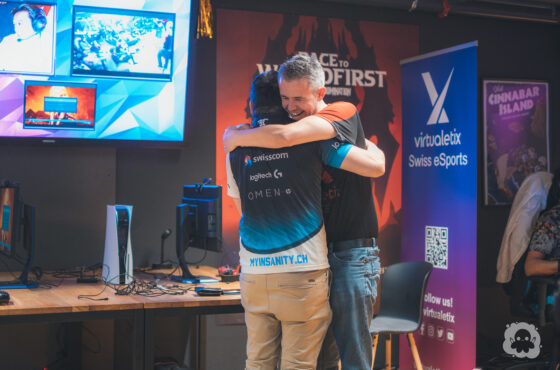